I was Afraid to Ask Him to Take Out the Trash 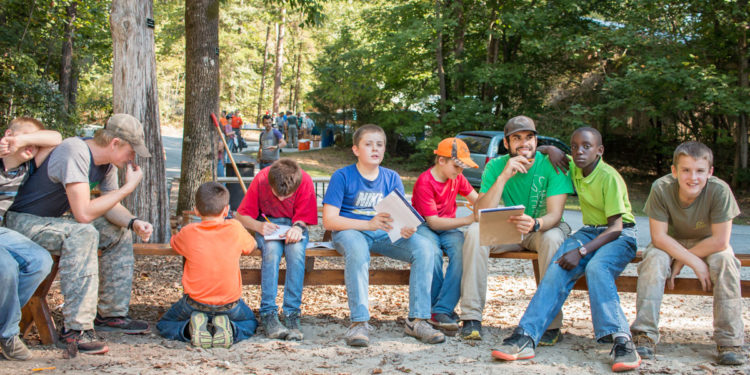 But now, because of you, the fear is gone!

“I was afraid to ask him to take out the trash,” Guy’s mother Amanda recalls. “We just didn’t want to do anything that caused an outburst. We were walking around on pins and needles, trying to keep everything calm.”

“I was very angry,” Guy said. “I wouldn’t listen to my parents. I was throwing things and punching holes in walls. I wasn’t very nice to people. I felt a lot of hatred.”

“We started noticing that something was wrong when Guy was four years old,” his father Glenn said. “As he got older it got worse. We took him to various doctors and counselors and nothing seemed to work. One counselor recommended we check out residential programs. A relative suggested Fair Play and we gave them a call.”

“When Paul, our family worker, first visited us I finally felt like that someone understood what we were dealing with,” Amanda said. “This was not the first boy like Guy that he had seen. We started to have hope that we could get help. It was such a huge relief.”

“Guy was really good at putting on a good front at school and church,” Glen explained. “But Paul saw right through him and understood what we were struggling with.”

Guy agreed that he needed help and made the choice to go to camp.

Taking out the Trash

“It was about the third home visit that I mustered up the courage to ask Guy to take out the trash,” Amanda said. “And, he just did it. When we asked him to do things around the house, instead of having a problem or acting out, he would do them. That’s when I noticed that he was starting to change.”

“Camp doesn’t just help the boy, they help the whole family,” Glen explains. “They taught our family how to function as a unit. I knew I was going to have to make some changes when Guy returned home. We were both excited and nervous.”

“When he first came home there was a honeymoon period,” Amanda said. “Then we saw a little backsliding. But since then it’s been a consistent progress of seeing him make changes and mature. We’ve seen a lot of growth since he’s returned home.”

“As a family, we are establishing goals and keeping each other accountable,” Glen said. “We are learning to spend quality time together as a family.”

“Before camp, when Guy had a problem, we would send him to his room,” Amanda remembers. “Now, when he gets angry or has a problem, we will shoot hoops or play ping pong. The whole family helps him work on his attitude. Even his younger sister, Julia, gets involved. I take on more responsibility in helping him work through his problem and we do it together as a family.”

“Recently I was looking over Guy’s goals while he was at camp,” she continued. “In his first session, his goal was to stop throwing things. The goal for his last session was to be a leader and how to take a hard call-out. You can see the big improvements he made over the seventeen months he was there. I don’t know where we would be if Guy did not have the opportunity to go to camp.”

Thanks to you, Guy and his family are experiencing wholeness!

“Camp is one of the best missions that I’ve ever encountered or experienced,’ Glen added. “They put biblical principles into everyday practice and prove that it works. It’s just amazing.”

Nestled in the foothills of the Blue Ridge Mountains in South Carolina, Fair Play Camp School, Inc become a wilderness sanctuary for many boys since its beginning in 1980. We work with adolescent and teen boys who are experiencing behavioral or emotional problems and who agree to placement because they have a desire to change.